After a false start with Scum and Villainy (the GM struggled with the system), we’re switching to Numenera for our new campaign.

We played it briefly before several years ago, and while the system is kinda funky it’s one game I’d long wanted to return to. I’m reviving my old character from 2014, since I’m not done with them…

Three sessions into Scum and Villainy and the GM is struggling with the system, particularly having to come up with so many success-with-complication results on the fly.

We’re going to stick with it a little longer, but we may end up transplanting the campaign to a different system. 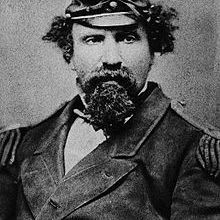 If you like ebooks and you like free things, you should know about Standard Ebooks. They take public domain books, and properly format and proofread them. They're much nicer to look at than their Project Gutenberg equivalents.

I used their versions of Burrough's Mars novels heavily while working on a project.

They persist on donations, so feel free to kick in a few bucks.

Had a lot of fun doing character creation / Session Zero for Scum and Villainy. The Forged in the Dark rule system still seem like it might be a bit heavier than I prefer for narrative RPGs, but we ended up with an interesting ship and crew.

Looks like my group will be starting a Scum & Villainy game to replace the D&D one. We’ve played a fair amount of Powered by the Apocalypse games, but this will be our first Blades in the Dark offshoot.

D&D campaign on hiatus as one of the players is temporarily withdrawing from the group to work on mental health stuff. Two of my three campaigns cut short in a single day.

Got word that my Call of Cthulhu GM wants to bring our campaign to a close, but since he’s ALSO my Cyberpunk RED GM (alternating weekends) I can’t gripe too much.

In today’s Cyberpunk RED session, we rescued a captured Nomad that was being held in an abandoned carnival by Bozos (a clown gang). Also tried some Chase rules adapted by the GM based on the Call of Cthulhu 7th edition ones.

Finished the D&D 5e version of the Sunless Citadel tonight. I played the 3.0 version 22 years ago, but didn’t remember anything besides the Kobold NPC Meepo. He met a pretty sad fate this time around.

Not sure where we’ll go next, but I’m encouraging the GM to take a look at the Kobold Press campaigns.

Looks like Backerkit is swooping in to scoop up disaffected Kickstarter users. http://backerkit.com/crowdfunding

When playing in RPGs, discussing and adopting other players’ suggested plans is a constant occurrence. One thing I’ve started doing is, instead of just “let’s go with that plan,” is saying “*I think that’s a good idea*, let’s go with that.”

It’s a little thing, but I think that little bit of explicit recognition promotes a more collegial atmosphere at the table.

Friday’s D&D game got cancelled yet again, but session 6 of Cyberpunk RED went well. Every non-combat roll my solo made was miserable, but I managed to regain some honor by one-shotting our heavily-cybered assassination target.

Mastodon has a distinct lack of “inspirational” pseudo-celebrity RPG influencers. 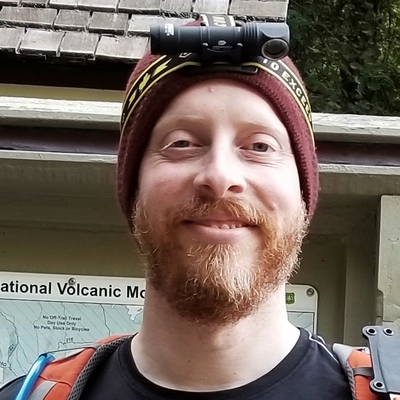 I stumbled across this today. It feels like finding a literal treasure trove.

The cursed 5e campaign I’m in got cancelled yet again, but I had my fifth session of Cyberpunk RED today. We’ve finally done enough runs to start doing some shopping, and that’s a big part of the fun in a cyberpunk game.

I'm not sure if anyone else has done this before around here, but I think we #ttrpg players need to do a better job of finding each other here on Mastodon.

If you want other gamers to find you, add your account to this Google Sheet I have created. Boosts are welcome!

Played Call of Cthulhu today and we ended up inadvertently speedrunning the scenario.

We went directly to the hidden basement room containing the Lovecraftian horror, bypassing all of the clues and investigation entirely. We defeated the monster and saved the world (unbeknownst to us), but had zero context for why my neighbor had a lab full of corpse parts and a weird monster in his cellar. Great success!

Had a great session of D&D 5e last night, nearing the end of the Sunless Citadel. I have some issues with WotC’s stewardship of the game and I’m drifting more towards DCC for my own campaigns, but it’s still a lot of fun to play.

Today was session four of Cyberpunk RED (using the 2020 setting). We wrapped up two missions we’d been running in parallel. The first involved replacing a violent protection racket with a select coalition of smaller, less brutal gangs (we didn’t just want to leave a power vacuum), and the second, less altruistic mission, was the hired assassination of a minor military officer. Both went off without a hitch.