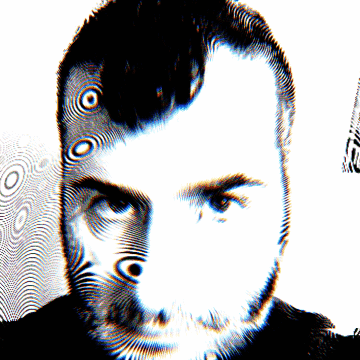 Scifi author, illustrator, critic.
Creator of Shock:Social Sci Fi, Mobile Frame Zero, & The Bloody-Handed Name of Bronze.
Maskil, but down with the BeShT.

We hope the courts also see technologies like Automated License Plate Readers (ALPRs) to be privacy-invasive: far worse than tire-chalking, ALPRs link a car and its driver to a particular time and place, potentially forever if department policy allows it. https://techcrunch.com/2019/04/24/chalking-unconstitutional/

I'm going to Camp Nerdly this year!
Of course, their website is down now, but hopefully not for long:
https://campnerdly.org

...for people to discover his games in stores. But it wasn't mine really. I had discovered my satisfaction in making it and selling and shipping it myself, and the interactions with people who bought it.

Early on after I self published My Life with Master a game publisher made me an offer to do it more traditionally, with retail distribution. It wouldn't make much money, but it would be for sale in stores. I could tell that was his personal dream, ...

This is an interesting distinction. Do I like to make games, or game texts as books? I'm not sure I know the answer. I like the satisfaction of completed creative projects, and having a finished book feels like that kind of completion.
---
RT @chthonstone@twitter.com
24. Favourite rpg thing to create?

Wondering where I've been? I've been busy teaching!

I teach at the Makerspace of Lighthouse, an experimental school in Holyoke, MA, one of New England's poorest cities. The name of my class is Art That Thinks, but I describe it as "Socioemotional shop class".

Shel For The Public   @shel@cybre.space

Saw a suiter in full US military garb with a thin blue line flag patch and shouted THAT'S DISGUSTING but honestly terrifying is a better word like yuck why does anyone tolerate that. Just super in Murdering People in the fwuffy animal fandom #ANE2019

The Unexplained Sounds Group has had their finger to the pulse of experimental and noise in all sorts of corners of the world for a while. Their Visions of Darkness collection of tracks by contemporary Iranian artists is amazing.

On one hand, asking a RPG designer about their next project is the best question. "I really like your stuff. Tell me more." On the other hand, it's the most crushing question. "Don't tell me you're tapped out? I guess you weren't the inspired creator I thought you were."

@JoshuaACNewman Xul Solar was an Argentine artist who was friends with Borges. Among other things he created languages and fictional board games.

"Games were the 'workshop of languages in the making'...the nucleus and matrix of it all, and none was more complex than the Pan Game, a board of non-chess, whose indeterminate rules were simultaneously a group of musical notes, a dictionary for the creation of new languages and a way to ask 'What are we playing?'"

Amazon knows me so well.

@Portablecity has just given us our first glimpse at what the final #Wolfspell🐺 will look like. The art on the cover is still a work in progress, but look at how it’s progressing! Imagine this beast standing before you, one foot tall and a powerful three feet long!

Still very much a work in progress, but a portent of things to come!

The Kickstarter, only 9 days left: https://www.kickstarter.com/projects/epidiah/wolfspell

There's a LOT to this. https://www.youtube.com/watch?v=x5MuKTkukIw

all programming languages are extremely ugly

im not saying that the concept of programming languages is ugly. in theory they could make one that didn't look like shit. and some ARE less ugly than others, obviously

i feel like so many technical pursuits at least have some kind of aesthetic satisfaction in them, where the thing you made looking good also informs you that you're doing a good job at it. like laying out a circuit board. but even the best code written in the purest, most elegant programming language looks visually like a mess

Starting work on A Traveler, Alone, which is a 1p RPG inspired by Choose Your Own Adventure and Fighting Fantasy books, but using my fiction -> aesthetic judgment -> fiction cycle.

This one's gonna be hard.

Scifi author, illustrator, critic.
Creator of Shock:Social Sci Fi, Mobile Frame Zero, & The Bloody-Handed Name of Bronze.
Maskil, but down with the BeShT.

A Mastodon instance for tabletop gamers.