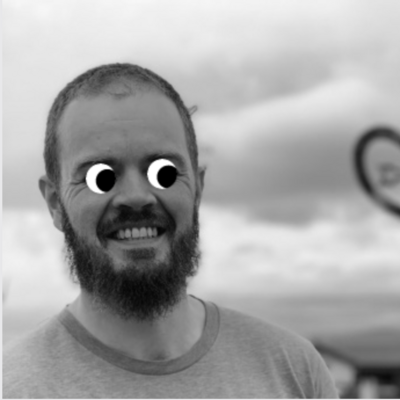 A thing I've started doing a lot is rolling a die when I need to know something about the detail of the fictional world. Can ghosts communicate with the living? Can skeletons write? Sometimes this leads to delightful surprises and exciting turns of events. Sometimes it leads to things that feel a little... "off" I guess. There's many cases where reasoning from principles and making a ruling is the better choice. I'm still figuring out what that line is.

That's a difference between me and Eero's style (he does a 50% chance, I seem to recall someone telling me), I don't like doing that.

Instead, I usually have a strong (not necessarily infallible, but willful and insistent) instinct on how things of that nature are. Which element has the strongest claim of a spell, or how it feels to be an animated skeleton, or how a Flamesea mage's bag smells. I would be improvising everything if it weren't for my blorb principles saving me (which is good because they make the game more agential and participatory instead of being Sandra's Story Hour).
1
Jun 07, 2022, 09:07

@Sandra I think Eero's approach is also strongly based on deduction from underlying logic, like yours, although he might use a random element sometimes too. I feel like having a strong sense of the setting makes it easier to reason from principles like that. I tend to build the setting through play a lot.

Sandra @Sandra@idiomdrottning.org
@SimonCarryer We're so blessed with The Land of Fate being such an amazing box, the rare 2e product that was actually good, because it's a very well organized overview of all of the al-Qadim line and then I can go to specific boxes (Golden Voyages, in the case of the Crowded Sea region) for more detail. Big settings like Star Wars, Faerûn or Middle Earth can otherwise be unfathomable but here we have a perfect outline to drill down from. (Although sometimes, especially early on, I do need to rely on grepping my folder of pdf2txt crappy conversions—unreadable, but good enough to find which box I should be looking in.)
1
Jun 07, 2022, 09:57

Sandra @Sandra@idiomdrottning.org
@SimonCarryer Ours is a mashup of a couple of different things. @Halo calls that kind of mashup a "Rath overlay".
0
Jun 07, 2022, 10:08

The disadvantage of building in play (whether improvising, or using a rolltable book like some of the more lightweight OSR settings) is that you need to write down everything and be able to find it again. We're hundreds of sessions in and a lot of that is thanks to being able to look things up online or in books. It's not that I couldn't make it up—I could, easily—but then I wouldn't remember what I made up.
0
Sign in to participate in the conversation