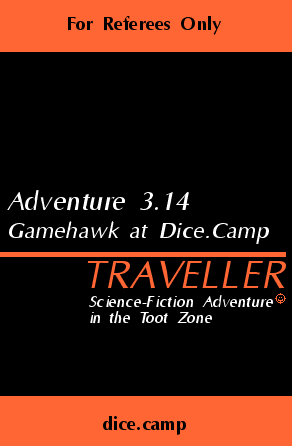 🥨👵🏻🌲🏖️
Ran a PBeM site from the dial-up BBS to the majordomo mailing list years. Someday I'll fire it up again. Someday.

The local TL over the last four days is just me and the Vietnamese gambling site spammers (all of which I reported, none of which have been removed) so, uh, guess I'm gonna vacate the premises. Gonna redirect this account to my biz account at @silverseams since that's where I end up talking about dice trays and plush dragons and plush D&D characters, but my main is actually @gamehawk@weirder.earth; adjust your follows accordingly. 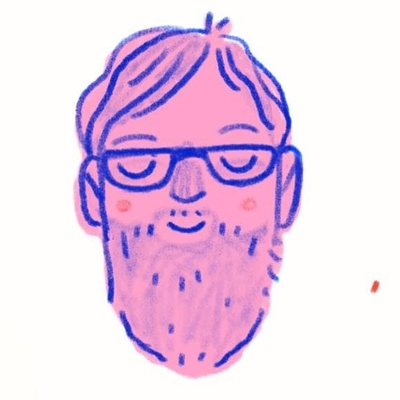 Hello! I'm looking for P&P-people that would be willing to talk (chat/mail) to me for an article. I'm planing a series for the weekly newspaper I'm working for, where I'll cover the basics and try to explain why different people love role-playing.

It is of course possible to remain anonymous if that would be necessary.

Boosts are welcome, thank you!

Ordered a dozen sets of Dollar Tree dice on the 11th and they finally shipped them (to the store) today. I had about decided they were out of stock and gonna cancel it, but I guess it was just your typical pandemic lag.

Shipping to store is not fast, if past shipments have been indicative, so I don't expect them to show up until next week sometime.

Sadly, went to Dollar Tree and there were no polyhedrals. Just an empty hook next to one of the other dice games.

I've ordered stuff for store pickup before (the mini composition books I use in https://www.etsy.com/listing/734822143/dragon-skull-mini-composition-book-cover?show_sold_out_detail=1&ref=nla_listing_details) and I'm kinda tempted to do that with some dice.

In a perfect fediverse you'd be able to subscribe to other sites' local timelines.

Been dinking around with a booklet-style character sheet format. Lots of fine-tuning to do. For instance, I forgot to update the saving throw numbers (and I'm not even sure it's worth an entire page of its own). Also not sure about the best way to manage leveling up - a Midori-style cover where you retire a notebook every level or so?

In practice, we use D&D Beyond anyway, but I like bookbinding.

(I mean, not every single level, but you get the idea. Also apparently they only have the GM and Player ones, not the Monster/Encounter ones.)

All dot-grid, no hexes in the player one, though the GM one has four pages of hexes.

The party of the first part

I’m having entirely too much fun playing mix-and-match with the pieces of Choly Knight’s chibi doll series. I used a random character generator to build a party of first-level D&D characters, mostly randomly. I wanted one of each of the 4e roles, I wanted four different species (and no dwarves or halflings yet), but otherwise I let it do its thing.

That’s a dragonborn wizard, a tiefling ranger, an elven cleric, and a human paladin. I think I’m going to put them up in the shop drop on the 24th as a group, mostly for publicity because I won’t be home on the 26th to ship things. In the unlikely event someone is enthusiastic enough to buy them all together the first day, I guess they’ll have to be a little more patient. I’ll split them up the following Saturday.

My new[-to-me] Cameo 4 is supposed to arrive today, so I’m putting off cutting all the body pieces until then. I’m not sure how well it’ll cut mochi and minky, but if it does a good job I will be so excited. I’m replacing myself with robots!

I’ve been putting off the mochi restock since I haven’t been using it up much. There are a lot of in-progress mochi dragons in the hand-sewing traffic jam, but that’s it. But if it works out as a doll body fabric, I’m going to put in another order. For the faces, at least, it’s working out well, and I like the contrast between it and the longer-pile minky hair. The tiefling has the shaggy side of Pure Plush because the color was right, but the other two have Cuddle 3. The real test will be whether I can give them mochi bodies without ending up with noodle legs. Apart from the tailed dragons, none of the dolls stand on their own, but I’d prefer not to have the doll stands do all the work.

Next member of the adventuring party: a tiefling ranger. (No, I haven't finished the dragonborn wizard yet.)

Critical Role ended a campaign and is doing an eight-week mini-campaign and so I listened to the first couple episodes and now I'm thinking the guy in our Roll20 campaign whose only previous knowledge of D&D came from CR had... perhaps higher expectations than we could fulfill.

I feel like there ought to be some kind of ethical issues with disposal of former medical-school bones, if only because "I draw the line at someone eventually selling my bones for profit" seems like a thing that would prevent people from donating their bodies to medical schools. https://www.artisandice.com/order/memento-mori-d20/

I have had this critter on my wishlist for some time, but I just haven't had a place to use the design (this one would have filled my 5x7 hoop, and needed reduced just a hair to fit in the middle of the snap tray size that works in the new 8x8 hoop.

Kinda tempted to go to Travellercon this October; it's only a couple hours away. http://www.travellercon-usa.com/

I know we've got some RPG writers in the crowd. I'm writing a playbook for Wanderhome right now and it's got me curious about writing playbooks for other systems.

Anyone have favorites? I know Trophy is pretty big right now, and Wretched & Alone as well.

Point me at your favorite SRDs!

This is what the armor looks like under a point light (the Ott gooseneck I stitch under, technically a six-LED array but they're a tight cluster), versus the ring light in the light box that is great for true color, not great for iridescent anything.

🥨👵🏻🌲🏖️
Ran a PBeM site from the dial-up BBS to the majordomo mailing list years. Someday I'll fire it up again. Someday.