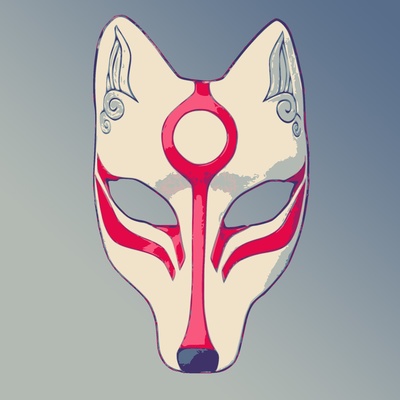 where to find me
https://wheretofind.me/@kit

#introduction: I'm Kit, I like games about feelings and people, ideally in weird (and especially spooky) circumstances. I make some, too. Been working on Et in Arcadia Ego, my Regency fantasy game, for a while, and have a few other smaller projects bubbling along.

This is my all-RPGs-all-the-time alt.

"Indigenizing our futures involves our reflecting on why our ancestors’ would have thought today’s times are dystopian."

Streaming some Sea of Thieves in 15m at https://www.twitch.tv/wlonk

Come say hi, and ask me about tall ships!

Action is a habit. Protests and strikes are a skill to practice and a muscle to exercise. When people are in the habit of taking to the streets, it's easier to build movements with real momentum and resilience.

Protests don't necessarily accomplish anything in their own right, just like going to the gym isn't the same thing as running a marathon. But people don't just spontaneously run marathons either, particularly if they're not in the habit of exercising.

For any potential pedants: "continuity" is not the same as "equivalence"

Despite a few people who have attained a measure of celebrity and modest wealth, the vast majority of people making money from youtube or patreon or whatever are doing it as a side hustle to supplement other sources of income. Whatever we might say about the effectiveness of a youtube boycott, it is a form of precarious work that is not theorized in classical marxist texts, and is certainly not equivalent to the old category of the artisan.

Because it is a byproduct of capitalism forcing increasing amounts of risk onto individualised workers and in the process atomising the working class as a body, I'm more inclined to see it in continuity with other forms of "hustle work", like hawking wares on street corners, and gig work like rideshare driving.

As the structure and expression of political economy changes, our analysis has to adapt as well.

@briecs and I talk about gender and character creation in Sleepaway. The game is good, y'all.

Had a particularly good yarr tonight. I wrote it up here: https://pluspora.com/posts/2613740

Went contra dancing for the first time in too long. Yup, still love it. It's gotten a lot better about gender ideas since I last went, and it wasn't bad to begin with, too.

some malaphors I think about:

-we'll burn that bridge when we get to it
-if you can't stand the bull, get out of the china shop
-where there's smoke, there's mirrors
-fool me once, shame on you; teach a man to fool me, and I'll be fooled for the rest of my life
-come back to haunt you in the ass
-lets not beat around the dead horse
-beauty is in the eye of the tiger
-burning daylight at both ends
-apples to apples, dust to dust
-a stone in the hand is worth two birds in the bush

My uncle and I vigorously agreeing that the core practice of capitalism is accounting fraud, with respect to actual holistic costs to society and environment.

I love Thanksgiving for all the family politics conversations. In my family, we start far left and go to the near edge of anarchoprimitivism.

sorry had to get that off my chest

Allie: Why is my pepper spray open? Weird.
Allie: Why is everything in my purse sticky? I don't remember leaving candy in here.
Allie, ten minutes later: Why do my eyes burn?

What are you doing with a computer connected to the internet that you wish was easier?

My cases:
* publishing my notes
* running a game server and a forum
* running a mastodon instance
* sharing code I've written
* making plans with my friends

@garfiald @turtlebirb So I just found out about this person and it feels relevant to t'other day's conversation: https://en.m.wikipedia.org/wiki/Public_Universal_Friend

I just think folks should be reminded of this song: https://www.youtube.com/watch?v=UM6wrV0VLL4

where to find me
https://wheretofind.me/@kit

A Mastodon instance for tabletop gamers.